The Little Book of Racial Healing, like the CTTT Approach shared within its pages, was a team effort. Below is more information about everyone. 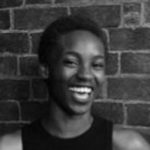 Jodie Geddes, co-author. As a Jamaican native having grown up in Brooklyn, NY, Jodie uses her story as a catalyst for transforming systems. As of this writing, she serves as the Community Organizing Coordinator at Restorative Justice for Oakland Youth (RJOY) and leads RJOY’s national Truth-telling, Racial Healing and Reparations project. Additionally, she is a trainer and facilitator of restorative processes for schools, in the justice system, and communities. A public speaker nationally on the subject of restorative justice, truth processes and reparation, Jodie is also a published poet and writer, with her work featured on the online platform For Harriet and Blavity.She earned an MA in conflict transformation from Eastern Mennonite University’s Center for Justice and Peacebuilding. Jodie also serves as President of the Board of Managers for Coming to the Table. 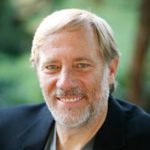 Thomas Norman DeWolf, co-author. Tom is related to the largest slave-trading dynasty in U.S. history. His first book, Inheriting the Trade, is the story of his experiences in the making of the Emmy-nominated, PBS documentary, Traces of the Trade: A Story from the Deep North, in which he and nine distant cousins retrace the triangle slave trade route of their ancestors, and grappled with the present-day consequences of the legacy of slavery. He is co-author, with Sharon Morgan, of Gather at the Table: The Healing Journey of a Daughter of Slavery and a Son of the Slave Trade. Tom serves as Director for Coming to the Table and is a trained STAR Practitioner. More at his website. 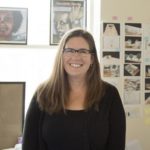 Barb Toews, editor. Barb is an experienced practitioner, trainer, and educator in restorative justice, with a special interest in its application in correctional facilities. She is currently Assistant Professor in criminal justice at University of Washington Tacoma. She is co-founder of Designing Justice+Designing Spaces (DJ+DS), an initiative that explores the relationship between restorative justice and the architecture/design of justice spaces by engaging incarcerated individuals in a visionary design process. She has published numerous articles and book chapters on restorative justice in correctional settings and in relation to environmental design. Books include The Little Book of Restorative Justice for People in Prison and Critical Issues in Restorative Justice, co-edited with Howard Zehr. Prior to her current academic position, Barb held leadership positions in criminal justice non-profit organizations, including the Pennsylvania Prison Society and the Lancaster Area Victim Offender Reconciliation Program (now Advoz). 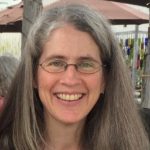 Lynda Davis, advance manuscript reader. Lynda is a descendant of enslavers. She has been a member of CTTT since February 2014, where she is a member of both the Reparations and Mindfulness/Meditation Working Groups. She’s also a member of the Annapolis CTTT Local Affiliate Group. Lynda writes for the Slave Dwelling Project’s blog, and for her local paper, The Capital Gazette. 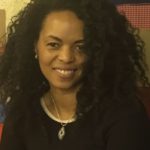 Dionne Ford, advance manuscript reader. Dionne is co-editor of Slavery’s Descendants: Shared Legacies of Race and Reconciliation (Rutgers, 2019) and author of Finding Josephine forthcoming from Putnam. Her work has won awards from the National Association of Black Journalists, the Newswomens’ Club of New York, the Sustainable Arts Foundation, and the National Endowment for the Arts. Dionne served on the CTTT Board of Managers 2013-14, and served as Vice President. 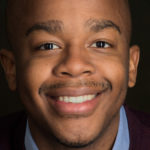 Fabrice Guerrier, advance manuscript reader. Fabrice is a writer, poet, entrepreneur and former President of the Board of CTTT. He is the Founder and CEO of Syllble Studios, Inc., a collaborative storytelling startup organizing peer-to-peer online production houses to publish original fiction stories and books. He co-authored The Wall – a futuristic Scifi novella and Syllble: Collection of Collaboratively Written Short Stories. He is a 2018 Shafik Gabr Fellow, a Seth Godin AltMBA Alumni, a Senior Fellow at Humanity in Action and was named the 2016 PEN Haiti Fellow at the PEN American Center. He holds an MA in Conflict Transformation from Eastern Mennonite University and a BS in International Affairs and Leadership Studies from Florida State University. He is fluent in French, Haitian Creole and English. His writing has appeared in The PEN America Blog, Public Pool, Blavity and Moko: Caribbean Arts and Letters. 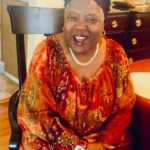 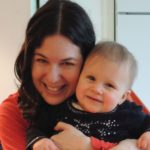 Sri Lalitambika Devi, sidebar story contributor. Sri is the author of several Indian scriptures in English translation, including the Bhagavad Gita and Sankaracharya’s Atma Bodha. She is a founding editor of literary journal Lalitamba and teaches in the English Department at CUNY (Borough of Manhattan Community College). 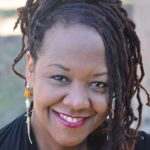 Danita Rountree Green, sidebar story contributor. Author/ playwright Danita Rountree Green (Satiafa) is a Storyteller on a Mission, challenging the narratives on race, historical trauma and the legacy of slavery. Her titles include Broom Jumping: A Celebration of Love, Grandmother’s Gift of Memories: An African American Family Keepsake, and The Love Locked Down Series. Co-founder of the Richmond, Virginia affiliate chapter of Coming to the Table. More at her website. 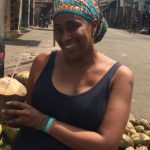 Kimberly James, sidebar story contributor. The Green Goddess, Kimberly James, is a professor, author, and world traveler. She has visited over 75 countries and every continent. Her travel memoir, Finding My Brave Space: A Black Girl’s Tale of Wanderlust, was published in 2017. 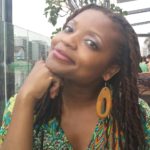 Cassandra Lane, sidebar story contributor. Formerly a newspaper journalist and high school teacher, Cassandra Lane is an alum of VONA and AROHO. She received an MFA from Antioch University, and has published stories in The Bellingham Review, The Manifest-Station, Writers Resist, The Source, The Atlanta Journal Constitution, The Scream, Everything but the Burden, Ms. Aligned and more. Her story is part of The New York Times’ recent “Conception” project—an animated visual/audio series exploring motherhood and choice. Her book-length project explores the generational impact of the lynching of her maternal great-grandfather. A Louisiana native, Cassandra lives with her family in Los Angeles and is the managing editor of L.A. Parent magazine. 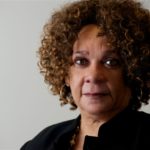 Sharon Morgan, sidebar story contributor. Sharon Leslie Morgan, a writer and genealogist, is the founder of Our Black Ancestry. A pioneer in multicultural marketing, she is a founder of the National Black Public Relations Society. The Chicago native has lived abroad in the Caribbean, Europe and Africa. She is co-author, with Thomas DeWolf, of Gather at the Table: The Healing Journey of a Daughter of Slavery and a Son of the Slave Trade. Sharon’s first book, My Daddy Is A Cool Dude, was published in 1975 by The Dial Press and nominated for a prestigious Caldecott Medal for children’s literature. She is the co-author of Real Women Cook: Building Healthy Communities with Recipes that Stir the Soul, and her most recent book is Paris in a Pot: Living a Dream in the City of Light. 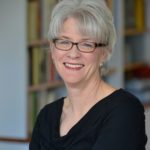 Leslie Stainton, sidebar story contributor. Leslie teaches first-year writing seminar to undergraduates at the University of Michigan, where she is Lecturer, Residential College. She is the author of two nonfiction books, Lorca: A Dream of Life and Staging Ground: An American Theater and Its Ghosts. Her writing has appeared in The Sun, The American Scholar, and Broad Street, among others. She is at work on a book about her slaveholding ancestors, the Scarletts of Georgia. She serves on the CTTT Board of Managers.