Joy Degruy, social work researcher and motivational speaker, developed the theory of Post Traumatic Slave Syndrome (PTSS). PTSS describes the way American people of African descent are still traumatized by the negative effects of slavery in the US. Dr. Degruy defines PTSS as:

a condition that exists as a consequence of multi-generational oppression of Africans and their descendants resulting from centuries of chattel slavery, a form of slavery that was predicated on the belief that African Americans were inherently/genetically inferior to whites. This was then followed by institutionalized racism, which continues to perpetuate injury… 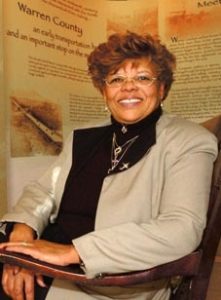 One of the unique aspects of Degruy’s theory is that people today are still affected by an institution that was active over a century ago. So this brings up the question, how ARE (caps for emphasis) people still affected by this long-gone institution? The reality is that the events of slavery, as well as events post-slavery, aren’t so distant. Americans today are still plagued by structural and emotional hardships directly related to slavery and its aftermath. Thought processes, feelings and trigger reactions resulting from traumas are passed down between generations along with economic structures. These things still remain even though the institution itself is not in practice and many of the laws following the time of slavery have been changed. The condition Degruy describes speaks to the need for African American’s to heal in order to cure the persistent wounds of slavery’s legacy. This is one important dimension of healing that’s is needed within our nation. Other dimensions include other races as well as different levels, such as the community and the individual.

Betty Kilby Baldwin, an infant plaintiff in the Betty Ann Kilby vs. Warren County Board of Education case, knows firsthand the need for individual healing as her family was traumatized by an incident that stemmed from the aftermath of slavery. Her story is an example of how past events impact the present and how healing is possible.

When I was ten years old my parents left my siblings and I with a babysitter while they took care of some family business. This was the first time that they left us with a sitter, so we thought it was suspicious. I later found out that they had gone to court. When my Daddy was seventeen, the owner of the farm where he had lived and worked for slave wages all his life gave him the deed to twenty-four acres of land in order to get him to stay and continue to work the farm. Thirty-plus years later, he came to my Dad asking for the land back. When my Daddy refused, the man had my grandfather sue my Dad. In one day, in a court with white lawyers, a white judge and a white jury, my Dad lost his land.

Although Betty was not directly affected by this incident it caused her residual harm. “I internalized my father’s pain of having the fruits of his labor stolen from him. I saw and remembered through him,” Betty says. The emotional toll of losing land, which was not easy to come by during this time, and being sued by his father was taxing on Betty’s father.

When my parents got home that day from court, I followed my dad down to the field. I watched him as he stretched both arms toward the sky as if he were reaching for the clouds. He was screaming and crying, “Lord, Lord, Lord.” The words became clear, “Lord, I stretch my hands to thee, no other help I know. If Thou withdraw Thy self from me, where shall I go?” Daddy fell to his knees. He cried, like the deep, horrifying, uncontrollable, painful way people cry at funerals as he beat his head and fist on the ground. I cried too. I couldn’t understand what was going on.

Experiencing her father’s pain and humiliation was something that Betty had to endure for years, but it was just one straw in the haystack of inequality that negatively shaped the way she viewed European Americans throughout her life.

At thirteen-years-old, Betty served as a plaintiff in one of the cases of desegregation, in Warren County Virginia. Being an adolescent and constantly facing the reality that many society members thought her to be both inadequate and unwanted, was not an easy thing for Betty to go through. Fighting against desegregation at the expense of her family being terrorized, and being dehumanized in her own right, traumatized Betty from childhood to adulthood. It wasn’t until she was in her fifties that she realized the effect that harboring these traumas had on her.

“Holding this trauma within me caused me to have self-destructive, depression and dysfunctional attitudes. The behavior that I saw in my father, after the humiliating incident, is the same behavior that I exhibited throughout my life: the need to fight. And the feelings of inadequacy during the trial and the terror of having our house shot at caused me to hold on to irrational fears”.

Betty understood that living her life fighting and in fear, was directly related to her internal need to heal. She frequently experienced, and still occasionally experiences, triggers that cause her to think about traumatic situations and live within their moments. It is in between these trigger experiences that Betty equips herself for the next possible trigger. This,trigger—equip—trigger sequence, is Betty’s process of healing. She offers a family member’s experience as an analogy that expresses how this works.

“I remember when a family member was wounded in the Vietnam War. He had a wound that wouldn’t heal on the inside, but it would appear healed on the outside. In order to make the wound heal completely, the doctors would frequently cut it open allowing it to heal gradually from the inside out.”

In this example the trauma occurs when the man is wounded. The trigger in this case is the re-opening of the wound, and the equipping happens when the wound is allowed to heal gradually. Each time the wound is re-opened, the man’s wound comes closer and closer to being healed. In many ways this is how healing personal traumatic experiences works.

“Healing is a process, it doesn’t happen over night, but the good news is it does happen, but only if we allow it to, Betty says. For many, many years I chose to bury my emotional scars. I didn’t want to think or talk about them. When I began to acknowledge these scars, share my story and turn to my faith for strength that is when the healing began. Wanting healing is an innate feeling, we all want to have it, no one wants to live with trauma.

Betty says that if individuals realize the need for personal healing that there would be a large impact on the nation as a whole:

As individuals, we must first realize that we are still hurting and we must want healing. We must be willing to relive the pain by talking and telling our stories no matter how much they hurt. We must not stop with healing ourselves. We must work with others to heal our communities. We must work with the leaders of our nation to heal our nation. We hurt, we react but we don’t understand because we are in a survival mode. It is not easy to open the wounds that we cannot see to heal from trauma that will embarrass and hurt us. The wounds are deep, they have occurred at multiple levels and the healing is a long and slow process, but it is necessary.

The first step to healing is realizing that we are hurt. Dr. Degruy identifies many ways that this hurt has been perpetuated. The next step identifying ways in which you can heal. Betty has found a method that transforms her trauma to triumph and she is a witness that healing is possible.

Betty Kilby Baldwin serves on the Board of Coming to the Table. She currently lives in Texas with her husband. She travels around the nation sharing her story and doing speaking engagements.