The Coming to the Table National Gathering is coming June 11-14, 2020 on the campus of Eastern Mennonite University in Harrisonburg, Virginia. Click Here for the schedule of events at the Gathering, including pre- and post-gathering optional events; and Click Here to Register. We expect the National Gathering to fill quickly. Early Bird pricing is available until April 30. 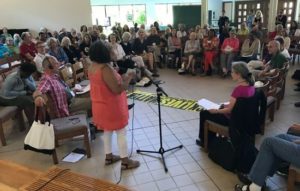 “I have attended three National Gatherings. Each time, I have learned more about myself and others, met new friends, and renewed past friendships. Each time, I have felt calm, a sense of peace that I did not feel before joining Coming to the Table. At the Gathering in 2018, I felt like I was in the company of many old souls, people who know the importance of reaching across barriers, of connecting, of being at peace with themselves and each other while we share this life. Coming to the Table gives the space and the opportunity to become aware of our interconnectedness and to heal.”

There will be people who need financial support to attend. Please Click Here to donate to the Mom Shay Scholarship Fund. Thank you!

.CTTT will also host a 3-day Leadership Training Workshop just prior to the National Gathering June 8-10, also at EMU. This training will be designed to support local group leaders, and those who wish to launch local groups in your communities, in learning the basics of the CTTT Approach to racial healing, with many practical tools and resources for facilitating local groups (Click Here for details). 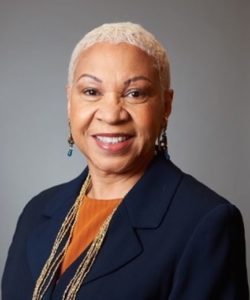 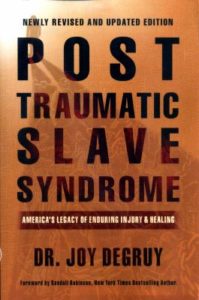 CTTT is excited to announce Dr. Joy DeGruy will give the keynote presentation at this year’s Gathering. Dr. DeGruy is the author of Post Traumatic Slave Syndrome: America’s Legacy of Enduring Injury & Healing. Ms. DeGruy is a nationally and internationally renowned researcher and educator. Her research focuses on the intersection of racism, trauma, violence and American chattel slavery. She has over thirty years of practical experience as a professional in the field of social work. She conducts workshops and trainings in the areas of intergenerational/historical trauma, mental health, social justice, improvement strategies and evidence-based model development. 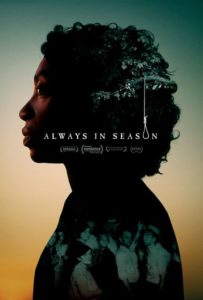 Another highlight for the upcoming National Gathering will be a screening of the highly acclaimed film, Always in Season, which explores the lingering impact of more than a century of lynching African Americans and connects this form of historic racial terrorism to racial violence today. The film centers on the case of Lennon Lacy, an African American teen who was found hanging from a swing set in Bladenboro, North Carolina, on August 29, 2014. Despite inconsistencies in the case, local officials quickly ruled Lennon’s death a suicide, but his mother, Claudia, believes Lennon was lynched. Claudia moves from paralyzing grief to leading the fight for justice for her son.

As the film unfolds, Lennon’s case, and the suspicions surrounding it, intersect with stories of other communities seeking justice and reconciliation. As the terrorism of the past bleeds into the present, the film asks: what will it take for 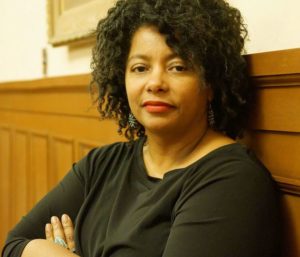 Americans to begin building a national movement for racial justice and reconciliation?

There will be a post-screening discussion with Jacqueline Olive, Producer/Director of Always in Season. Ms. Olive is an independent filmmaker with more than fifteen years of experience in journalism and film. Her award-winning debut feature documentary, Always in Season, premiered at the 2019 Sundance Film Festival and was awarded the Special Jury Prize for Moral Urgency. Always in Season was broadcast on PBS on Independent Lens in February 2020. Jackie has received industry funding from Sundance Institute, Ford Foundation, Tribeca Film Institute, Firelight Media, ITVS, International Documentary Association, Jonathan Logan Family Foundation, and more. She recently received the Emerging Filmmakers of Color Award and was profiled as one of Variety’s “10 Filmmakers To Watch.” 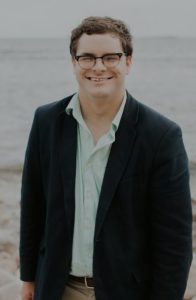 Coming to the Table is also pleased to welcome Reverend Robert Wright Lee, IV to the National Gathering. Rev. Lee is a pastor confronting the legacy of his ancestor General Robert E. Lee. Rob is a native of Statesville, North Carolina, and a graduate of both Duke University Divinity School and Appalachian State University. Generations removed from his ancestor General Robert E. Lee, Rob has written extensively for both secular and religious news outlets. He is widely recognized by his appearances on NPR, The View, and the MTV Video Music Awards, using these outlets to call on people to engage in racial reconciliation and to confront white privilege head-on. He is currently serving as a pastor of Unifour Church in Newton, North Carolina.